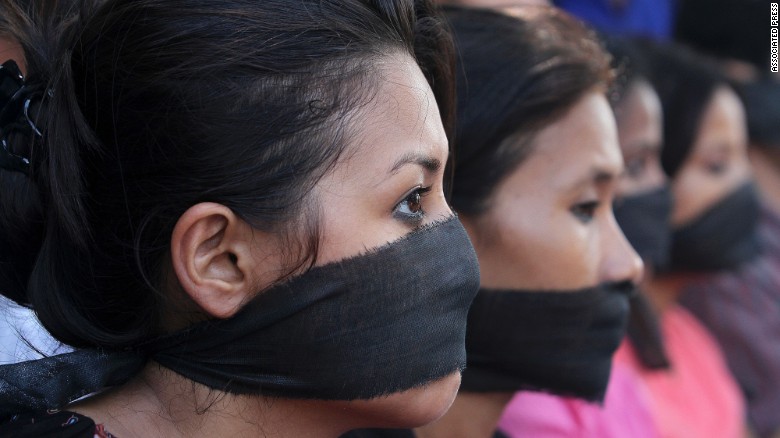 SUMMARIZE 4 Men gang raped a 23 year old girl on a moving bus. The young girl later died from her injuries. The men were originally charged but appealed it to the Supreme court. And now they got sentenced to death. Another person was underage and sentenced to a lesser sentence. While another died in prison.

IDEOLOGY  Everybody agrees on the death penalty!

HOW DO I FEEL I’m glad they got executed that’s what they get. I think the minor should be executed too. Make them all die because what if that was your daughter? what would you want the court to do?

HOW DOES THIS AFFECT ME  If I had a daughter and she was raped to death. I would want the court to decide death penalty by way of firing squad. Except shoot from the feet up. Make in painful.

SIGNIFICANCE It touched globally. Top story everywhere in the world at one point. I mean I never heard of this until now but It was a top story

CONNECT TO CLASS  Doesn’t not connect to class.

WHO Refugees UK and Archbishop my guy

SUMMARIZE  The archbishop pretty much thinks that Muslims are being treated different then Chistians from syria.

HOW DOES THIS AFFECT ME Doesn’t really

A nalysis Lord George Carey alleged that “politically correct” officials were “institutionally biased” against Christian refugees, who are not being resettled in the UK at the same rate as Muslim refugees.  This is bias because he feels as if Muslims are being put before Christians.

CONNECT TO CLASS Because we’ve talked about refugees

TITLE of the Article

WHO is the article about? Tom Brady and the Patriots

SUMMARIZE   Tom Brady wining the suer bowl. Tom Brady might go down as the best QB to ever play the game.  Even in the last 2 super bowls he was down late and they came back at the end. Tom Brady has 5 super bowl rings and 4 MVP’s for the Super bowl!

IDEOLOGY   They are calling Tom Brady the best QB to ever play the game. Its pretty cool that he’s  in our generation.

HOW DO I FEEL.? I didn’t really want the Patriots to win. But they won so I can’t say Tom Brady isn’t great he really is !

HOW DOES THIS AFFECT ME? Because I like football and I couldn’t watch the game because I was out with my girl. Really the only time I ever missed the super bowl in my life. But I guess Ladies first right!?!?

ANALYSIS of the article. Yes I can detect Bias because they are calling him the best ever. That’s an opinion. That’s not a fact , I agree with it but it’s still bias

SIGNIFICANCE why is this story significant? Because Tom Brady is a Goat!! A lot of people don’t like him But he is the greatest, You can’t deny that! He has 5 Super bowl Rings. 4 super bowl MVP’s, 2 League MVP’s, He number 1 in all Quarter Back categories Passing Yards, Passing Touchdowns, and even more !

CONNECT TO CLASS how is this story connected to something we have discussed or learned in this class. Yeah we discussed it like on the side. Like people started to talk about it.

I chose a woman name Isidaria. I think this website is a really brilliant idea. It is very helpful and does a lot of good. I would absolutely use this in the future.

Skype is the next generation and upgrade of being able to communicate with others rather than talking on the phone. Although I generally don’t use Skype very much , when I would Skype it would be to just talk to a friend. Or use it to work on a project with a friend. But I do have friends that use Skype to talk to family members that are away or live far away, or friends or family in the military.

The hour of code was very enjoyable. I did a Flappy Bird game tutorial and was able to use my imagination and become very creative with it. Although I don’t find myself making a career out of this I did find it very fun.

Theara is a 19 year old college student in Cambodia. She’s working on her bachelor’s degree and majoring in accounting. She’s on her second year in college and doesn’t have enough finances to cover her tuition fees. Her dream is to get her bachelor’s degree, get a proper job, and build her own house.

It felt good to help someone out who needed the help.

Yes I’d like to help someone like this in the future but only if I felt that it was for a good cause.

Eunice is a 26 year old women that lives in Kenya. She has to support 7 family members. She has been practicing farming for awhile. she needs fertilizer and seeds and get more farm produce for sell. Her hopes and dreams are to expand her growing of cash crops to be more successful.

Helping her would be a nice thing to do. I would feel bad for not helping the the people that need it. She already has 18% of help she needs 225 more dollars to be done.

Kiva is great. It is very good for the people it benefits. Kiva is a benefactor for people in small poor countries. There should be more websites like kiva.

I chose Netty to help because her description reminded me much of myself. Her description described her as a group leader, and a hard working individual. It made me feel very good to help her because it feels good to give to those that are less fortunate. Kiva is a very good way to help those in need but I personally feel as though the loan policy that they have should not be the way it is. I believe that it should be that you give the money to the group or person and that they should not get it back, because some people might give a lot of money only because they know they will get it back not because it is the right thing to do. I would like to help this way in the future, but I would also like to go to a third world country to give my time, money, and effort to help make their daily lives better.